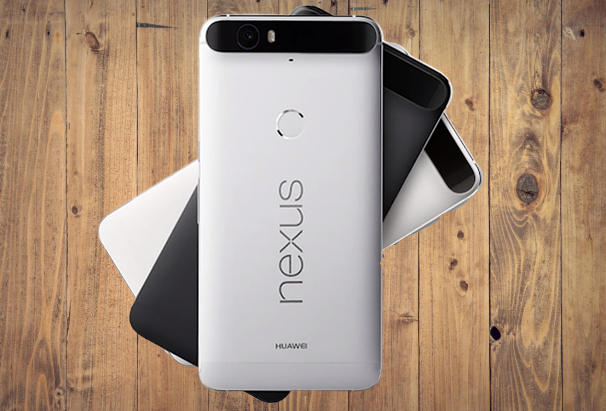 Well, you look at that. It’s Nexus time. This year, we have two phones, but this one is the big one. It’s the Nexus 6P. The 6P is Google’s new top-tier Android phone. And it’s the first one made by a Chinese manufacturer, Huawei. Now I will review Google Nexus 6P.

The 6P is the big one. It’s bigger than the Nexus 5X. That’s also coming out, but it’s not as big as, say, last year’s Nexus 6. Which pushed the boundaries of how big a phone can actually be.

With the 6P, Google dialed it back. And compared to the Nexus 6 or, hell, compared to virtually any other phone you can buy right now, the 6P is beautiful.

It’s made of aluminum and glass with just a little plastic here and there to let the antennas work. It’s about the same size as the iPhone 6S Plus, and I think the overall quality of the hardware actually stands up to it. And it’s gotten corny to talk about phones as being premium with the incredible build quality. Even to refer to them like well-crafted jewelry. But those are the kinds of things that people say about the best phones, the Samsung Galaxy S6 or the iPhone.

And now, for the first time ever, you could say the same thing about a Nexus phone. Nothing feels cheap and nothing feels compromised except, well, yes, there is a small bulge on the back for the camera and for some other sensors. So let’s talk about that. It doesn’t look as bad in person as it does in pictures. I actually think it helps me know which ends up, which is weird, a problem with a lot of phones nowadays.

But otherwise, I don’t think the bulge affects the phone’s balance, either physically or aesthetically. But the front is perfectly symmetrical. You’ll find two loudspeakers, an 8-megapixel selfie camera, and even a hidden little notification light surrounding the screen. It all makes the phone a little bit too tall for my tastes, though. The screen is a 5.7 inch 2560 X 1440 AMOLED display that’s both bright and crisp. It looks good no matter how low you set the brightness level, which is something that other AMOLED screens usually get wrong. The screen doesn’t feel quite as close to the surface as it does on an iPhone or a Galaxy S6. So there’s still room for improvement, but not that much.

So this is the first Nexus phone that can sit next to the most beautiful and well-made phones on the market and not feel a little bit dowdy. But there’s another first for this Nexus, and it’s an important one. It’s one that no Nexus has ever gotten right before. Honestly, until this year has been kind of a source of embarrassment for Android users. I’m talking, of course, about the camera.

This year, Google turned to Sony and put a great 12-megapixel sensor on the back and mostly figured out how to write software for it. It’s fast, first of all, and you can launch it with a double-tap of the power button. It takes really good photos in most lighting conditions. It focuses quickly with a little laser and it takes shots just as fast. And it’s connected to Google’s excellent photo management software. Colors can get really saturated, which I tend to prefer but might not be your cup of tea. You can do 4K video and also 720p slow Mo at 120 or 240 frames per second, and in all of those cases, you’re more likely to get fun good footage.

The Nexus 6P does really well in anything but very dim lighting, where the quality doesn’t quite live up to Google’s claims. I also wish that it had optical image stabilization, even though Google says it’s not necessary for near darkness. The iPhone 6S does do a better job at salvaging a shot, and Samsung’s Note 5 does a little bit better too.

But most of the time you’ll find that the Nexus 6P can actually go toe to toe with the best camera phones in the market, like the Note 5, the Sony Xperia Z5, or even the iPhone 6S. When you compare them, you’re going to end up talking more about aesthetics than you are about quality.

If I have a complaint, it’s that the camera software, which is still very much improved this year, still has a ways to go. Hdr mode is just too slow, mainly, but I’m also not impressed with burst mode. The idea is great. You just take a kajillion shots by holding down the shutter button. The Nexus is then going to pick the best one. And also give you an option of making a little animated GIF of your shots right there in the spot. But the results really aren’t all that great, though they are in a format you can share anywhere really easily.

There’s one last first for anxious device to talk about, and it’s the fingerprint scanner. It’s located on the back, and you can use it to turn on the phone. It is crazy fast. It’s so fast you probably won’t ever miss the lock screen when you use it to turn on your phone.

We’ve already reviewed the software on this phone. It’s Android 60 Marshmallow, and it’s really good. But I just want to point out that on the Nexus 6P it is fast. Crazy fast, much faster than it is on the Nexus 6. A powerful processor and a lot of Ram will do that for you. And the Nexus 6P has both. Now, the Android 6Pointers Premiere feature is now on tap, which lets you search Google from any screen on your phone, no matter what app it is. And it saves me a lot of taps now and then, but I wish that I knew a little bit more about Nissan. The searches would be a little bit more effective.

Battery life is good enough to get you through a day but not much more. We got a little bit over 8 hours in a battery test that refreshes a web page every minute. And in real-world use, I really only felt nervous if I was spending a lot of time doing intensive gaming or shooting 4K videos.

It has a really big battery too. But I still wish that somebody would finally make a phone this great that can also last two or even three days. I’ll say that Android 6.0 new battery feature called those are the real deal. It shuts a lot of stuff down when the phone isn’t moving. I found that I could leave it on my nightstand overnight and only lose a few percentage points of battery quick charge is also great.

I picked up 20% battery life in just 15 minutes and it got fully charged in a little bit over an hour. It does charge over USB type C so you’re going to need to buy some new cables someday. That’s going to be the standard and it won’t be a problem but we are not there yet. I don’t think I’m going too far out on a limb by saying that the Nexus 6P is the best Android phone you can get.

It’s big, it’s beautiful, it has a great camera and it has really nice software without any of the junk that other companies layer on to it. To get anything better you’d have to spend at least $150 more. I don’t think you’d get all that much more for your extra money.

It’s been five years since Google started making Nexus phones. And every single one of those years getting a Nexus has meant really great software and so so hardware. I don’t know whether to credit Google or Huawei for changing that with a Nexus 6P but I do know this. It’s great to see a Nexus phone up there with the best phones on the market which is where it should be.