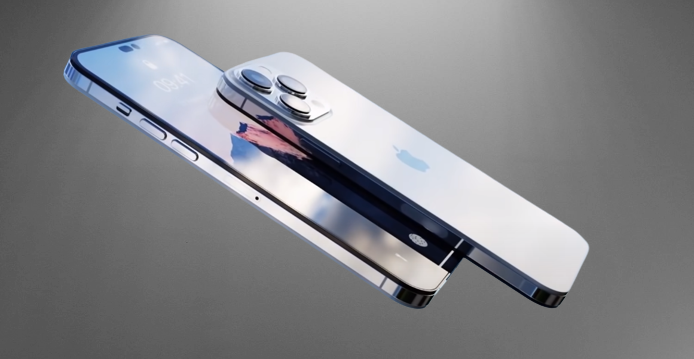 So Apple introduced the notch with the iPhone X 5 years ago in 2017. And ever since they have been using the same notch over and over again. Although the latest iPhones do have a somewhat smaller notch than before. Today we will see iPhone 14 Pro Max 2022 new leaks.

However, with the iPhone 14 Pro Apple is finally expected to move on and implement a much more modern look. A punch-hole front design. But a few weeks ago we learned that it’s not going to be a punch-hole design. Rather a combination of punch hole and a pill-shaped cutout for the camera and the faceID sensor.

To be honest, it looked really weird but not too bad. Definitely better than this abomination. But now, we have a new leak that shows us that this front camera tumor has grown so big that it now looks like this. We have a display panel leak of the iPhone 14 Pro from Weibo which has independently been verified by Jon Prosser that reveals that the pill design isn’t exactly tiny – rather.

It’s close to the size of the original notch. But with the empty black space taken away leaving just the cameras and FaceID tech. You see while the notch still isn’t a good design choice by any means. I would still take it over this big pill-cut design any given day.

At least the notch is symmetrical, this is not. Apple is known to make beautiful-looking products but this right here looks even uglier than the $200 Androids we have today.

Anyway, only the Pro models will have this design, the iPhone 14 and mini will get the same notched cutout again. If we keep the design aside for a moment then the iPhone 14 Pro will get some meaningful upgrades.

First Apple will finally up the RAM count on the new iPhones. The iPhone 14 Pro and Max will feature 8GB RAM this time to match Samsung’s new Galaxy S22 phone. However, Samsung offers 12GB RAM with the S22 Ultra, so there’s that. But in my opinion, the iOS is well optimized so 8GB at the moment is way more than enough.

Second, the Pro variants will also see an increase in Megapixel count from 12 on the iPhone 13 Pro to 48MP on the 14 Pro lineup. It is possible that output images from the iPhone will still be 12-megapixels in resolution.

Because similar to some Android phones, Apple is likely to go for Pixel binning to get images with more detail and less noise.

Ming-Chi Kuo also says the video camera system will also be upgraded for the iPhone 14, supporting an 8K recording for the very first time. Samsung is the first one to introduce 8K recording with the S20 Ultra. But, to be honest, 8K footage is best regarded as a checkmark in the spec sheet rather than a truly useful feature.

Even though the 8K footage might reveal some extra detail given the right subject matter. They show a ton of artifacts, alongside a general softness. Hopefully, Apple makes it more usable with the new iPhones.

Speaking of the camera, the iPhone 14 Pro will not have any camera bump instead. It will look like this which honestly looks beautiful. Apple is accomplishing this by making the iPhone itself thicker

Also, there were rumors such as Apple could introduce a port-less iPhone with 14 lineups. And also could bring back the touch ID in-display fingerprint sensor with this year’s iPhones. Which looks like is not happening with the iPhone 14.